In 1890 the Glasgow District Subway Company was successful in it's application to build & operate a small (6 and a 1/2 miles) circular underground railway around the West, Central, & Southern areas within, & bordering, the City of Glasgow.. Opened in 1896, it ran a fleet of cable hauled, diminutive, trains, propelled by a winding engine in Scotland Street, and served 15 stations dotted in a rough circle around the city. The first trains consisted of 30, cable gripper cars, built by the Oldbury Railway Carridge, & Wagon Co Ltd. In 1898, 24, four wheeled trailer cars, built by Hurst Nelson Co Ltd, were added, but these gave poor riding, and 14 were subsequently rebuilt to become full length trailer cars. There were no points anywhere on the system, or railed access to the surface depot at Broomloan Road, Govan. For maintenance, the cars would be lifted from the tunnels, via an access pit, by a crane within the depot building. The company head office, was in St Enoch Square (the building is now Coffee Shop). 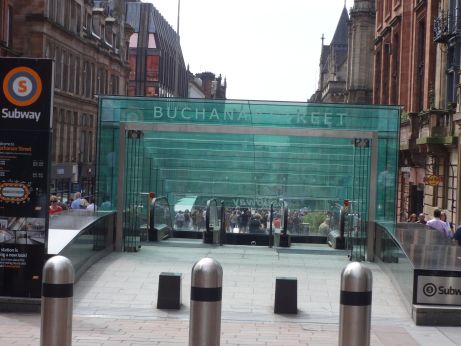 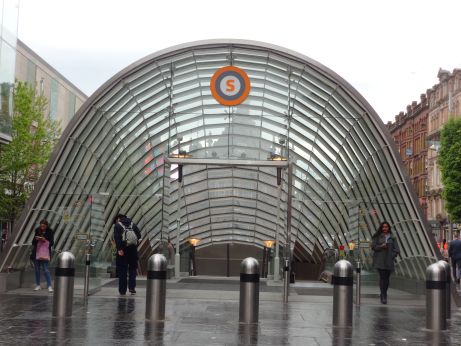 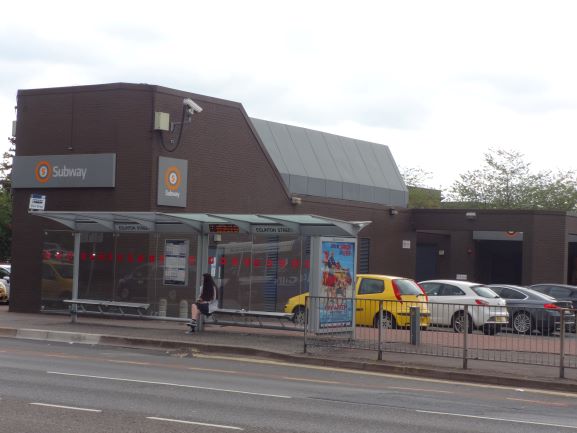 Starting from Bridge Street Subway then over to West Street and Shields Road, you can stop here to visit Scotland Street School designed by Charles Rennie Mackintosh, Kinning Park, Cessnock, Ibrox, and Govan make up the South side of the Glasgow Underground. Govan you can visit the Viking headstones. 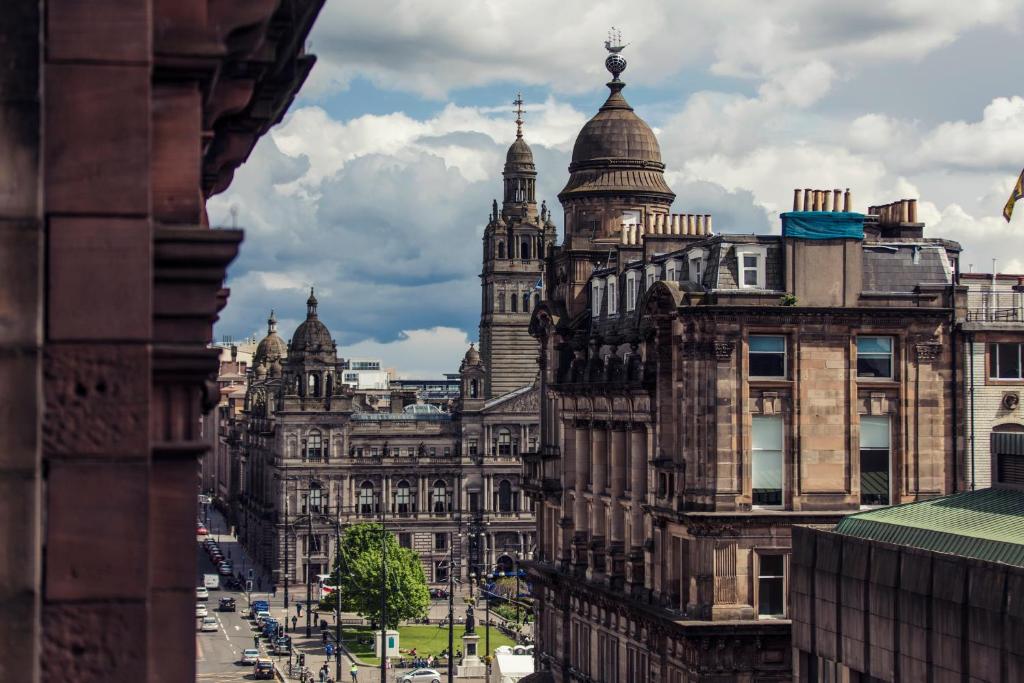 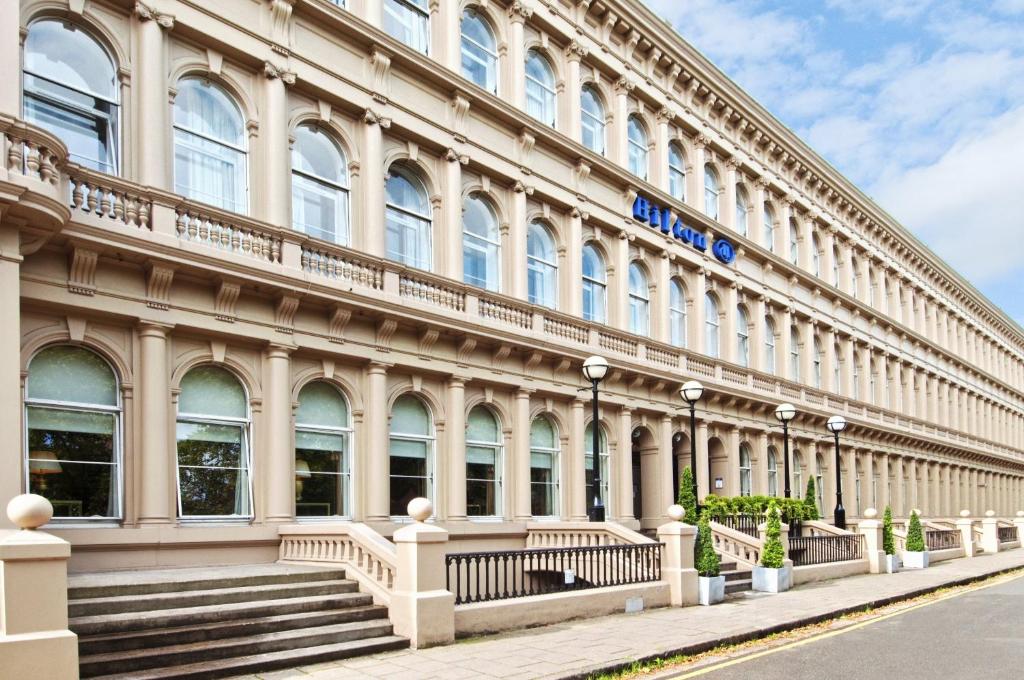 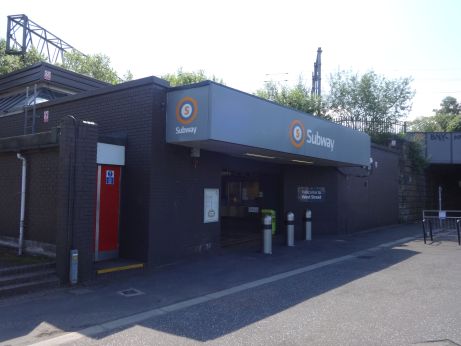 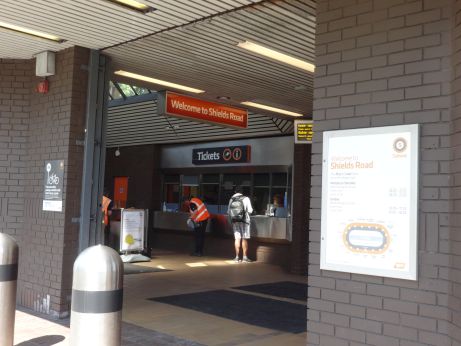 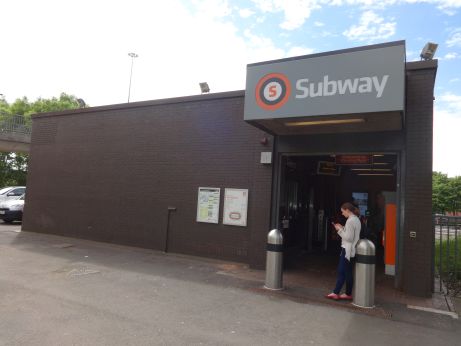 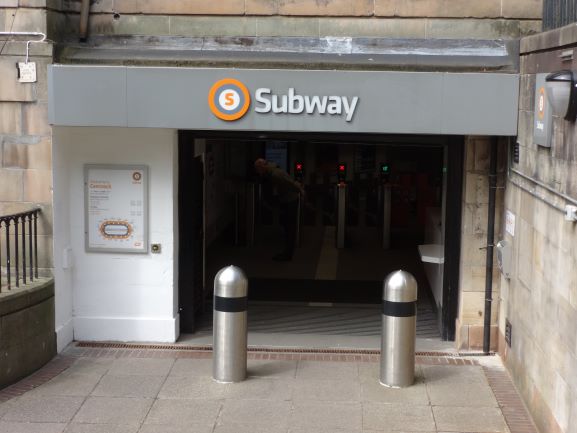 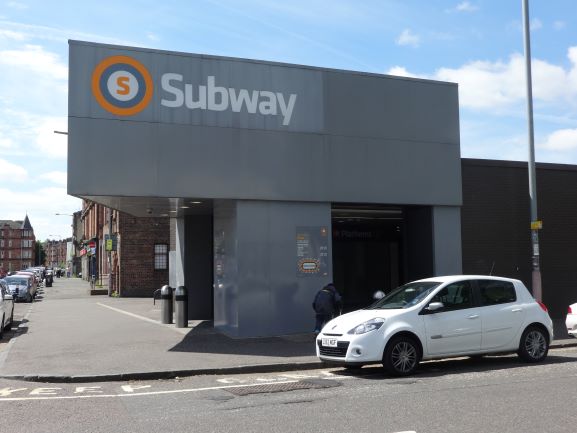 By 1923 the company was having serious financial difficulties, and accepted an offer from Glasgow Corporation Tramways (GCT) to purchase the system. The Corporation had already taken over the day-to-day operational running during the previous year. After some experimentation, the Subway was electrified in 1935, and the gripper cars fitted with 600 volt motors, & control gear, to collect power via a third rail. The power coming from the Corporation owned Pinkston Power Station, which also supplied the trams. Two years later, GCT officially changed the 'Subway' title to 'Underground'. 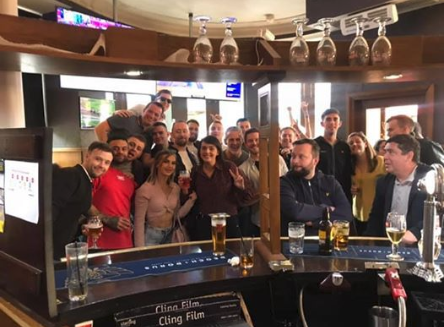 The Glasgow subcrawl means stopping at one 15 stations and visiting one local pubs for a pint or drink. Can you survive a full trip on the world famous Glasgow Subway.. 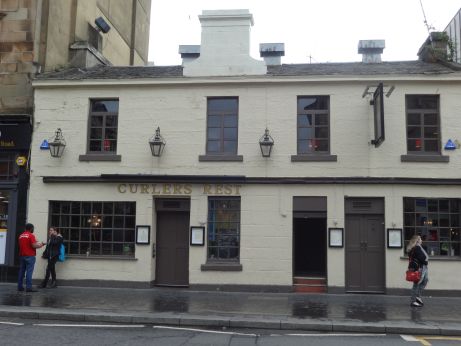 Just one local pubs at Hilllhead underground station in Westend that near Hillhead Subway.This site lists selection local pubs for each location. 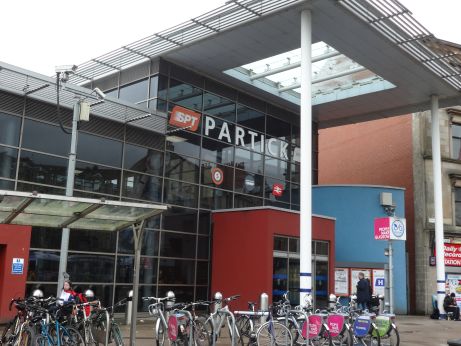 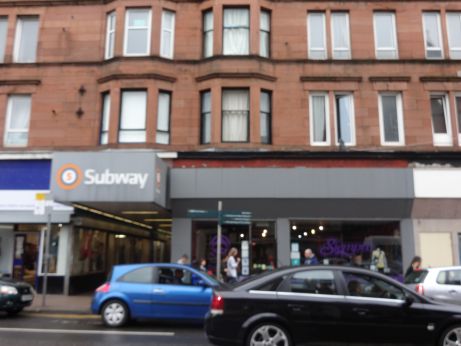 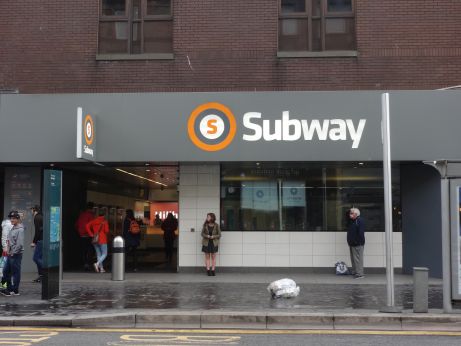 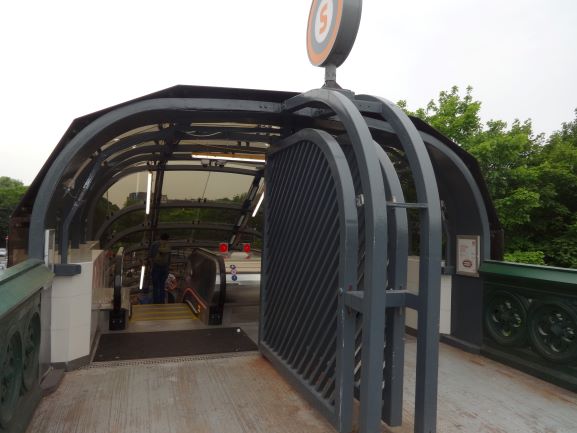 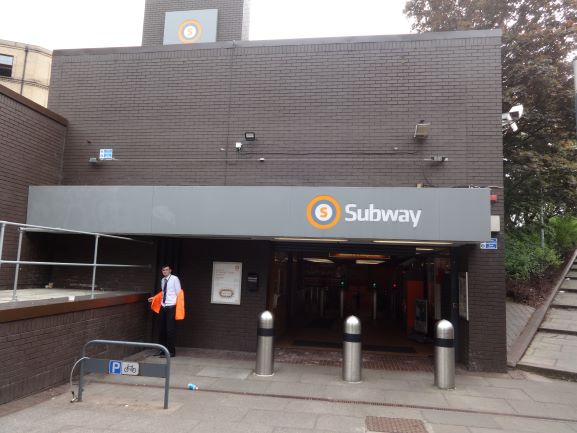 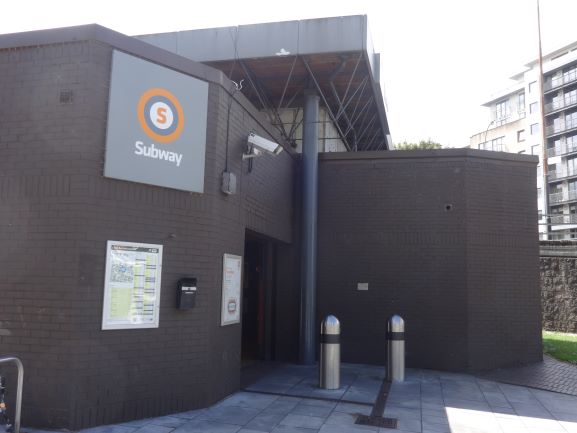 Glasgow has the distinction of possessing the only underground railway in the world that was originally planned for operation by cable traction, and the only one that has used this method of working continuously from its opening until its recent electrification. This unique railway all the more merits description, since the cable railway has now joined the atmospheric railway as a thing of the past. 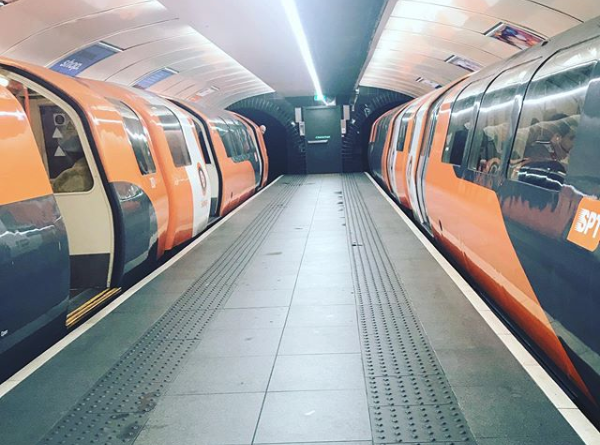 Already in the center, near George Square, we find the elegant Merchant City, Buchanan Street, Ingram Street for Shopping. From museums, pubs, clubs and gigs to exhibitions and events, Glasgow has something for everyone...

Glasgowsubway.com you will find all the necessary information to make the most of your stay in the Glasgow city ..

Show More
Glasgowsubway.com is part Glasgow.com network
Glasgowsubway.com is not affiliated with or owned by any government or municipal authority.
We use cookies on our website to give you the most relevant experience by remembering your preferences and repeat visits. By clicking “Accept All”, you consent to the use of ALL the cookies. However, you may visit "Cookie Settings" to provide a controlled consent.
Cookie SettingsAccept All
Manage consent

This website uses cookies to improve your experience while you navigate through the website. Out of these, the cookies that are categorized as necessary are stored on your browser as they are essential for the working of basic functionalities of the website. We also use third-party cookies that help us analyze and understand how you use this website. These cookies will be stored in your browser only with your consent. You also have the option to opt-out of these cookies. But opting out of some of these cookies may affect your browsing experience.
Necessary Always Enabled
Necessary cookies are absolutely essential for the website to function properly. These cookies ensure basic functionalities and security features of the website, anonymously.
Functional
Functional cookies help to perform certain functionalities like sharing the content of the website on social media platforms, collect feedbacks, and other third-party features.
Performance
Performance cookies are used to understand and analyze the key performance indexes of the website which helps in delivering a better user experience for the visitors.
Analytics
Analytical cookies are used to understand how visitors interact with the website. These cookies help provide information on metrics the number of visitors, bounce rate, traffic source, etc.
Advertisement
Advertisement cookies are used to provide visitors with relevant ads and marketing campaigns. These cookies track visitors across websites and collect information to provide customized ads.
Others
Other uncategorized cookies are those that are being analyzed and have not been classified into a category as yet.
SAVE & ACCEPT